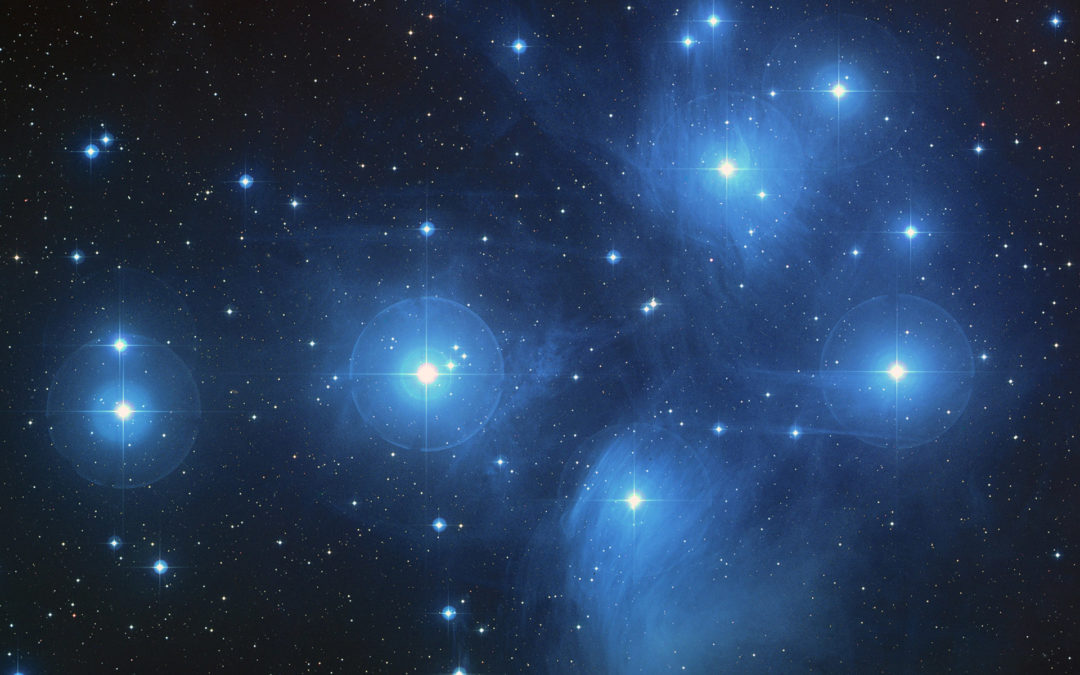 I recently listened to John Vivanco, the remote viewer, being interviewed by Peter Maxwell Slattery, on Peter’s Ascension Teachings, Season 2, Episode 2; on Edgeofwonder.tv.  Vivanco mentioned that he and his fellow remote viewers were being repeatedly visited by ETs from an area of the Universe composed of dark matter.  This area of dark matter was starting to collapse as a result of fireflies in Malasia dying.  The fireflies were the long distant ancestors of this alien race and with the fireflies extinction happening, the future race could no longer exist. The cause was a damn being built which disrupted their habitat.  John Vivanco and his team used remote viewing for healing… focusing energy on that situation.  The damn was decommissioned and the fireflies are living.  If you recognize the possibility that the link between the firefly species on our Earth was affecting an entire race of E.T.s on a distant planet, it is because you remember higher dimensions. If you recognize that John’s group may have helped in this situation,  through remote healing, you have probably already learned how to remote view (also known in old times as “far view”) somewhere in another, or other, lives.

We are all connected.  Obviously not just on planet Earth.

My cat, Madigan, suddenly developed what felt like a pain in his left kidney.  He’s 15 and a Norwegian Forest, so this is something that I have to “watch out for”.   I found a balancing energy spot on the other side of the spine, about an inch forward from the spinal pain spot that is the kidney radiating….

As I balanced his energy, I kept having images of Wuhan and the life and death balance of energies that were (are) still happening there.  My cat was giving me images of Wuhan, China.

I thought, if I balance the energy in my cat…maybe this would start an infinitesimal chain reaction that could join up in the ether with those others who are discovering the same balancing energy at the same moment (perhaps not on their cat.).  And if we all keep that balancing focus going, by coming back to it during quiet moments, the energy will snowball and eventually overwhelm Wuhan, China with powerful healing energy.   Or maybe I could do this with my class.

I thought about the beautiful meditations I have been participating in with David Wilcock (Divine Cosmos on YouTube) and am amazed, but not surprised, at what appears to be direct causality (since it happened twice that I know of) where the Schumann Resonance spiked to nearly 1,000 hz during the exact time of the meditations.  I believe that this is the power of tens of thousands of people meditating at the same time.

In meditation, all different types of thoughts and intentions are good when they come from the heart, with love, that is for the greater good.  And when thousands of people meditate, having their thoughts guided at the same time by someone like David Wilcock… the individual energy patterns merge and blend and overlap to become  Mass energy.

Think of a garden hose.  It can be set to open, where the water sprays out in an arch or circle; or the nozzle can be turned so that the water comes out in a narrow jet, which is stronger and focused. The open nozzle setting is like the Mass Energy Meditations.  However, we can create the same effect as the jet setting,  – powerful focus – , with only a small group of people, by linking them in the ether, and switching from meditation to remote viewing.

In the original Stargate Military program, remote viewing was initially used for spying.  Even the ability of Lyn Buchanan to enter and reside within the minds of leaders such as Sadam Husein, was used for spying.

My school uses Remote Viewing as a method to help the individuals locate the  correct target where we then focus healing, and balancing energy that must be in alignment with Source.  No spying.  Service to others, not to self.

All it takes is 12 to 16 people, linked within the Ether, at the same time, narrowing their focus by having a more specific objective – in remote viewing, known as the “Target”  – to start the snowball of a Hundred Monkey Theory* avalanche.  Have several groups of 12 – 16 people, who can exchange positions between groups, so that the multiple groups form etheric connections, and you can create an energy river.

Now imagine that those individuals develop telepathic communication with each other. This comes with time and practice, made stronger when an “etheric bubble” is created around the remote viewing group, within which telepathy becomes a natural phenomenon.  (I was amused to hear Emery Smith speak of himself and his fellow colleagues having telepathic meetings off behind some Star.   This is my goal.  🙂 .  I’d like to be able to spend off time with my students, out talking behind a Star . )

I first noticed the etheric bubble that is created when a group of remote viewers are focusing on the same target, in Dave Morehouse’s Explorer’s Class.  I had already spent a week in the Advanced class, with the same people… and by the time the next week rolled around, for the Explorer class, I discovered that I was within an etheric bubble that was allowing me to telepathically talk to my classmates, out in the ether – at the remote viewing target sites.   I asked them while out ‘there’, what they were experiencing.   I wrote down what they told me and spoke of it in the debrief that followed.   I was 100% accurate as to what my classmates had told me in the ether, as proven by what they had written down for their debriefing.    But the odd thing was that no one had any memory of my asking them  – at the target, or after.  Not one person.

That was on my old timeline.. where I lived on the edge of the Galaxy (see my blog on timeline travel) – and we were 25,000 light years farther from the center of the Galaxy, and thus far less able to get through the veil that imprisons our minds.

Here in this timeline, 25,000 light years closer to the center of the Galaxy, with its inherent increase in vibrations that are conducive to feeling the energy waves that carry thought and emotions, I am finding everything and everyone to move much more quickly to “resonance” with the energy that permeates the Universe, and can synonymously be read by the dance of the stars and planets surrounding us.  I am also finding myself MUCH more telepathic and in turn, finding it much easier to help others to recognize and accept their own telepathic abilities.

In class, we retain our individuality… When working a session, one person may blanket the  target with smoothness, calmness, peace.  Another finds a human or animal that needs to have fear removed.  A third remote viewer can see an entire planet and commune with the planet as an entity… like loving our Gaia and holding her etheric hand through these trying times.

I like to read the birth charts of my students.  Each chart is like a thumbprint.  The charts show me the potential gifts of each individual.  And I instruct my subconscious to be receptive to feedback from the charts to allow a different kind of matrix to form from the individual energy patterns presented and how best to connect them as an etheric group.

In class, when we work together, every situation in need of help is different.  And every person will change their perspective, or discover different (forgotten) abilities related to the subject, within every situation.

And since we are working within a specific time/location matrix  – be it a person or building; planet or galaxies we are helping…each moment moving through that time/space will have a different ambiance.  And so we need to be able to slow down time with our perceptions so that we can follow the flow of the energy river and where it IS heading, where it COULD head and we then ASK that it head on the PATH of the Greater Good.

Because Source knows better than us mere mortals, what EXACTLY IS the correct path.

Which is when I stay calm and remember that “Out of Confusion, Rises Clarity”.

Meanwhile, I am back to balancing my cat’s energy.

*cliff notes version of Sheldrake’s Hundred Monkey Theory:  My version of how this theory took shape, comes from my original timeline on the edge of the Sagittarius Arm.  I’ve noticed that this story changes as we pass through the different timelines.

There is an island off of the coast of Japan, distant from the mainland, where Naturalists were studying a group of monkeys.  One monkey began to wash her coconuts in water before eating them.  Eventually all of the other monkeys washed their coconuts in the same manner.

Some time passed and suddenly, spontaneously, monkeys living on the mainland of Japan began to wash their coconuts with water before eating.  And eventually monkeys far distant to the  west, began washing their coconuts.  It was determined that all it takes is 100 monkeys to start doing the same thing, and the idea, the vision, passes through the ether,  and another group begins the same practice.

I found it interesting that the coconut washing always moved west… not east.  India, and eventually Africa. I wonder if that has to do with the rotation direction of Earth.

Humans also exhibit signs of the Sheldrake Hundred Monkey Theory – thoughts waves that can affect our interests, beliefs, Fads, loving energy, or even mental plagues.  The goal is creating the loving energy!

We use cookies to ensure that we give you the best experience on our website. By using our site, you consent to cookiesOk