BALANCING THE KARMA OF MODERN TRAFFICKING 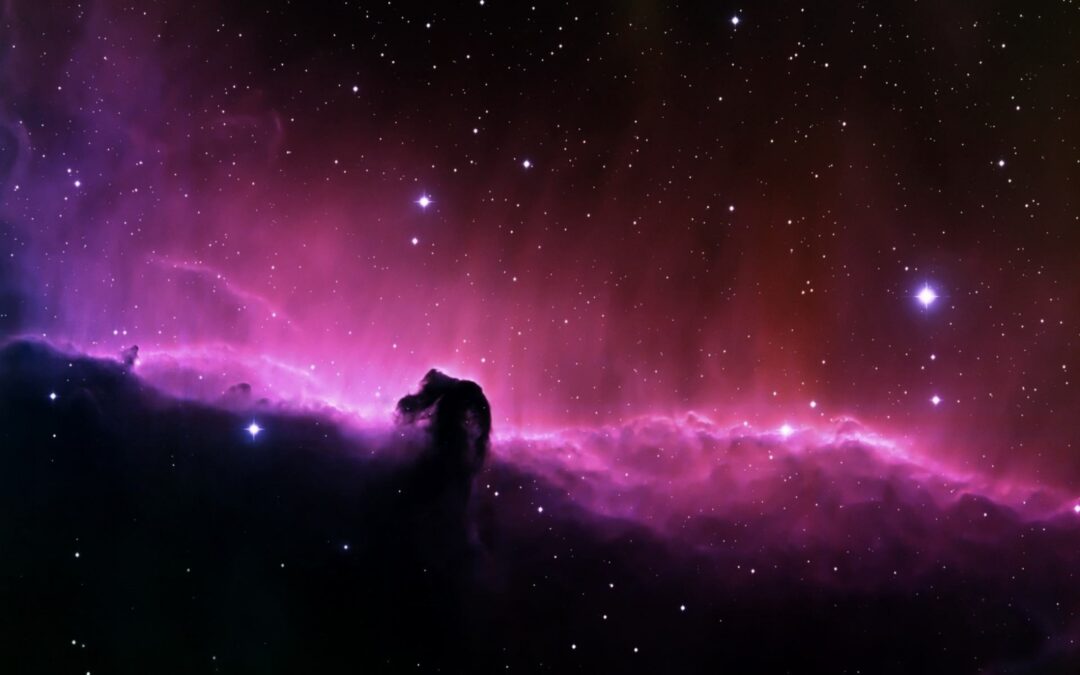 In April, 2020, we had news that our military was engaged in rescuing children – not just children who had been kidnapped by traffickers, but also children who were born and raised underground, still held captive underground – perhaps having never seen the light of day.

Our concern at that time was that these children be found.  We had been given bits and pieces of information that healers were ready to help these children, on the Hospital ships and in other venues.

The more obvious problems were that many of these children were being held behind false walls, in underground mazes protected by alien technology – and satanic spell binding.

The less obvious and more heartbreaking reason for the children not being found – even by some of our best psychics  – was that the children were unable to emanate a signal that would be recognizable as children in desperate need.    These children would be unlike our healthy children, and they would not be transmitting telepathic signals that we could easily recognize.  Thus great difficulty in mapping their location.

Here is an excerpt of what I  posted in Corey Goode’s Accelerating Ascension School Facebook page April 19, 2020:

“We need to get past the cognitive dissonance and focus on helping our military find the children.  It’s difficult for us to find some of them, even with heat sensors, etc.  Take the underground tunnels in New York City.  Hundreds of miles to search.

…we cannot easily psychically hear the children, because they are not transmitting telepathically what we expect.  They are not like our children.

For them, joy can be found in the light of a light bulb; cessation of pain; a smaller hand in theirs – trusting.   They are not children.  They are old souls in tiny bodies.

If we can give them hope, we might be able to find them.  Hope is a beacon.

I ask the angels to sound the Trumpets of Hope.

Some of my classmates in Corey’s class responded with other beautiful prayers.   One wrote, “We claim with our sovereign divinity that this ends now.”  Another lady wrote, “I am visualizing each of them receiving an orb of light and peace following cessation of their pain.”

And this last prayer is extremely important in that we, as a nation, now need to focus on HEALING THESE CHILDREN AFTER THEY ARE RESCUED.

Word has come in  – and hopefully true – that children have been found in various locations on Continents around the world.  I was watching a YouTube video of a little known (by me at least), but heroic young man named Tim Ballard, who heads up Operation Underground Railroad, a non-profit group that is hired around the world to work with local police to capture pedophilia rings, and free children from trafficking. Ballard said something that made me stop in my tracks: “There is no rescue without healing, the backend…We literally don’t go in unless we have <those> experts, who are usually another organization, who we support.   I mean, we are experts at rescuing, so we have to partner with the best that we can find to do the healing part.  They are on the ground with us… literally on <our>  heals in comes this rehab team.. “ https://m.youtube.com/watch?v=FT4tmI8YxCU

We need to focus, en masse, on solving this problem.  FOCUS.  Our prayers can create openings in the ether to find healers for these children!

And then I watched another YouTube video that was interviews of sex trafficking survivors.  One fact that interconnected ALL of THESE CASES was that the perpetrators were free and continuing to traffic children and young women.(!)  https://m.youtube.com/watch?v=YK3bcZMwQxU

Imagine escaping from this torture and knowing that the person who did this to you is still doing it to others… and who could still try to hurt you.

Mental plagues have existed within our known history.  In China, Footbinding was a mental plague.  Footbinding started out being a practice for the women of the elite and eventually spread to most of the social classes.   Wikipedia describes it: “foot binding was a painful practice and significantly limited the mobility of women, resulting in lifelong disabilities for most of its subjects…By the 19th century, it was estimated that 40-50% of Chinese women had bound feet and among upper class Han Chinese women, the figure was almost 100%…”

There is a reference in Wikipedia to a 13th century scholar, Che Ruoshui, who wrote, “Little girls not yet four or five years old, who have done nothing wrong, nevertheless are made to suffer unlimited pain to bind [their feet] small.  I do not know what use this is.”

What Wikipedia fails to mention when they describe that the feet end up being 3 – 4 inches in length is that the arch must be broken…. That these little girls undergo months and months of having their feet bound tighter and tighter every night.   That foot binding MUST be done to a child while the feet are still small.  And that these children screamed and sobbed in torment, every day, every night…. All in the name of beauty, status and social climbing.   Many of these little girls died in the process.

THIS WAS A MENTAL PLAGUE.

The practice of Sati in India was another Mental Plague.  Sati (again, according to Wikipedia),  is a practice in “which a widow sacrifices herself by sitting atop her deceased husband’s funeral pyre… Few reliable records exist of the practice before the time of the Gupta Empire (c.400 BCE).  Among those that do reference the practice are from the lost works of the Greek historian Aristobulus of Cassandreia, who traveled to India with the expedition of Alexander the Great in c. 327 BCE, <and> are preserved in the fragments of Strabo. “   We learn of this from other authors who referenced Aristobulus of whom one author mentions that “widows who declined to die were held in disgrace” (Wikipedia).    Imagine a life with a man who dies and you are young and full of love and life and you do not want to die.  Imagine being forced by social customs – your family will be cast out of the community – if you do not comply.  Imagine begging a Goddess to help you right this wrong, with no reply.

There are rumors of Sati still occurring today.   A MODERN MENTAL PLAGUE.

We have another mental plague today that affects only women.  Clitoridectomies or clitorectomies:  the surgical removal, reduction or partial removal of the clitoris.  I’m not even going to get in to this one.  Again – this is a practice that usually happens to young women or young girls.  I met a young woman who was from an Arab country,  who revelled in her citorectomy.  She was a teacher of women’s studies, in one of our top Universities. She taught the “joys of clitorectomies” as part of her class curriculum.  I said a lot of prayers for her students.

THIS IS A MENTAL PLAGUE.

Sex with minors and trafficking humans for slavery, young and very young, is an ancient mental plague that has become the most DANGEROUS MENTAL PLAGUE on our Earth today.   It is so profitable that the people who run these rings are quickly addicted to the power and wealth.  But that is not all… the child/adult trafficking is also for indentured slaves; and for organ donations.  Murder.

Ghislaine Maxwell has been arrested.  She needs to stay alive to testify.  We need to focus on seeing her testify in the future – surviving – and  we need to set up protection rings around all those who are good souls who want to help with this case and information.  It is a start.

But what about the perpetrators who get caught up into this life who did not wish to be – or who are not aware that they were part of a mind control program?  Are they also victims?  If you were witness to people who work for you being placed in a wood chopper, as described by David Wilcock in one of his lectures on testimony by Peter Peterson…. And then told that you must do as these ‘Powers that Be’ say, or “you will find yourself and your family in that wood chopper”… what would you do?

What if your child is kidnapped from your house and then returned unharmed a few days later… and then you are taken to a satanic ritual where you are told that you must rape and murder a child – or your child will be sacrificed next?  And that the disappearance of your child for a few days is proof that the Powers that Be can do this?   What would you do?

What if you were taken as a young child and tortured by not only sexual abuse, but mind control techniques so that you are no longer aware, let alone in charge, of your actions?

What if you are a pedophile who has extreme guilt and embarrassment because you do not know WHY you are addicted to this practice and wish you could stop?

How do we help the young survivors of sex trafficking, or mind control, or hidden memories of enforced slavery within the Secret Space Program?

How do we move the energy fields that block the good guys from keeping the bad guys in jail?

How do we STOP DARK MAGIC  from affecting the innocent?

How do we know the difference between the good guys and the bad guys?

I am repeatedly reminded of something that Lyn Buchanan writes about in his book, The Seventh Sense, in which he talks about the fact that he was tasked by the US Military to follow Leaders and Heads of State of Foreign Countries into their afterlife…. Follow them where they go when they die.   Lyn said that he was shocked by the fact that people he “expected” to go to what we might loosely call “Heaven”, did not go – but rather went into a world that could only be described as “Hell”.  But perhaps more disturbing was that people he “expected” to go to this Hell, went instead to Heaven!   Lyn told me personally that when he followed people into the world that he called Hell – that it was an experience he could not talk about and it affected him deeply – and that he felt that sickening presence for several weeks after.

What happened to Lyn Buchanan should serve as a warning to us who are quick to judge that ALL people who participate in this heinous crime are evil.   They may, in fact, also be victims.   We need to FOCUS on the root of this MENTAL PLAGUE.   I call out some of the DRACO.   I call out a lot of the A.I.   I call out the DRACO/HUMAN hybrids, who are soulless. [Update: August 4, 2020; I apologize. I wrote this last sentence incorrectly. Thank you Rach for pointing this out to me. NOT all Draco/Human Hybrids are soulless…. No. No! … Correction: I call out the Draco/Human Hybrids who are soulless. Not the ones who have souls. They can be really sweet.]

I PRAY We save, heal and protect our children.   We save, heal and protect our heroes.   We open the etheric rivers of energy to save those people who can still be saved in this time/space continuum.  Our thoughts and energy aid and protect the good people of the Earth and Space Alliances.   We do this, one by one; we create a matrix that focuses the energy of karmic balance to our beloved Earth.  In the name of the Greater Good, of Source, of Mother and Father in Heaven.  Amen.

We focus in my School.